band (2)
"an organized group," late 15c., from M.Fr. bande, which is traceable to the Proto-Germanic root of band (1), probably via a band of cloth worn as a mark of identification by a group of soldiers or others (cf. Gothic bandwa "a sign"). The extension to "group of musicians" is c.1660, originally musicians attached to a regiment of the army. To beat the band (1897) is to make enough noise to drown it out, hence to exceed everything.

ban (v.)
O.E. bannan "to summon, command, proclaim," from P.Gmc. *bannan "proclaim, command, forbid" (cf. O.H.G. bannan "to command or forbid under threat of punishment," Ger. bannen "banish, expel, curse"), originally "to speak publicly," from PIE base *bha- "to speak" (cf. O.Ir. bann "law," Armenian ban "word;" see fame). Main modern sense of "to prohibit" is from O.N. cognate banna "curse, prohibit," and probably in part from O.Fr. ban, which meant "outlawry, banishment," among other things (see banal) and was a borrowing from Germanic. The sense evolution in Germanic was from "speak" to "proclaim a threat" to (in O.N., Ger., etc.) "curse." The Germanic root, borrowed in Latin and French, has been productive: cf. banish, bandit, contraband, etc. Banned in Boston dates from 1920s, in allusion to the excessive zeal and power of that city's Watch and Ward Society. 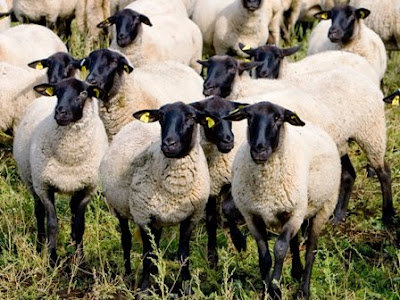