Top News | Thu Oct 8, 2015 8:03pm BST
Europe must improve its relationship with Russia and should not let this be something decided by Washington, European Commission President Jean-Claude Juncker said on Thursday.

The European Union joined the United States in imposing sanctions on Russia last year over its annexation of Crimea from Ukraine, and tightened them after separatists launched a rebellion in the east of the country with the backing of Russia.

Relations between Moscow and the West have taken a further turn for the worse since Russian President Vladimir Putin ordered a bombing campaign in Syria against opponents of President Bashar al-Assad.

Juncker said tensions had to be eased, even if this was not necessarily popular. "We must make efforts towards a practical relationship with Russia. It is not sexy but that must be the case, we can't go on like this," he said at an event in the southern German town of Passau.

Last week U.S. President Barack Obama accused Putin of acting out of a position of weakness to defend a crumbling, authoritarian ally in the Syrian leader. 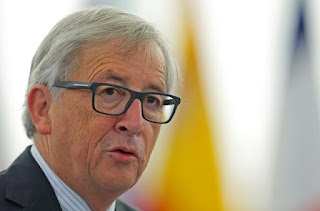 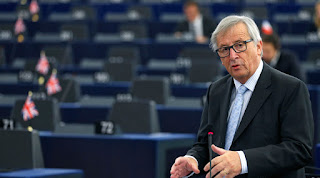