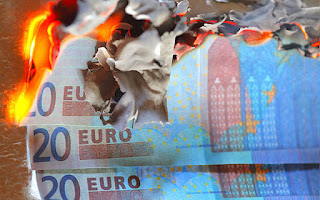 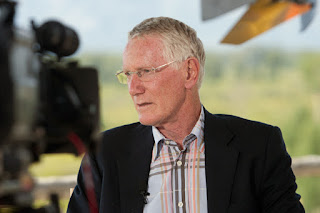 William R. White is the chairman of the Economic and Development Review Committee (EDRC) at the OECD in Paris. This committee carries on regular evaluations of the policies of both member countries and aspiring members of the OECD. In his capacity as chairman, to which he was appointed in October 2009, William White also contributes to meetings of WP1 and the Economic Policy Committee of the OECD. He was a member of the Issing Committee, advising the German chancellor on G-20 issues. William White has continued to publish articles on topics related to monetary and financial stability as well as the process of international cooperation in these areas. And he speaks regularly to a wide range of audiences.
Mr White joined the Bank for International Settlements (BIS) in June 1994 as Manager in the Monetary and Economic Department, and was appointed to the position of Economic Adviser and Head of the Monetary and Economic Department (MED), in May 1995. He oversaw the preparation of the prestigious BIS Annual Report for which he wrote the Introduction and Conclusions. As Head of the MED, he had overall responsibility for the department's output of research, data and information services, and the organisation of meetings for central bank Governors and staff around the world.
Mr White was also a member of the Executive Committee which manages the BIS. In this capacity, he contributed actively to various internal subcommittees which establish policies to guide the Bank's overall activities, including those of the Banking Department and Risk Control. He retired from the BIS on 30 June, 2008.
Mr White began his professional career at the Bank of England, where he was an economist from 1969 to 1972. Subsequently he spent 22 years with the Bank of Canada. His first six years at the Bank of Canada were with the Department of Banking and Financial Analysis, first as an economist and finally as Deputy Chief. In1978, Mr White took on different responsibilities as the Deputy Chief of the Research Department and was made Chief of the Department in 1979. He was appointed Adviser to the Governor in 1984 and Deputy Governor of the Bank of Canada in September 1988.
In addition to these permanent positions, Mr White spent six months (1985- 86) as a Special Adviser to the Canadian Minister of Finance and six years as a member of Statistics Canada's Advisory Panel on the National Income Accounts. Since the late 1980s, he has been an active participant in many international committees, including the EPC and WP3 at the OECD, the G-10 Deputies, and the Bellagio Group which brings together senior government officials, central bankers and academics.
Born in Kenora, Ontario, Mr White was educated at the University of Windsor and received his PhD from the University of Manchester in 1969. In addition to his many publications, Mr White speaks regularly to a wide range of audiences on topics related to monetary and financial stability.
Parašė: Eugenijus Paliokas ties 23:45