One month after the Japanese tsunami, the world's biggest reserve of plutonium waste is reaching crisis point. It was meant to be reprocessed and sold – but now no nation will take it. So where is this vast stockpile? Not Fukushima, but Sellafield, Cumbria.

The nuclear crisis in Japan threatens a carefully choreographed UK Government plan to tackle the world's biggest mountain of plutonium waste stored at the Sellafield site in Cumbria.

The existing Sellafield Mox Plant, opened in 2002, has cost more than £1.3bn to date yet has produced just 13.8 tons of Mox fuel in nine years compared to an expected output of 120 tons per year. A leaked cable from the US embassy in London said Sellafield's Mox plant was a white elephant costing about £90m a year and considered, privately, by the UK Government as "[one of] the most embarrassing failures in British industrial history".

Are fast-breeder reactors the answer to our their nuclear waste nightmare? 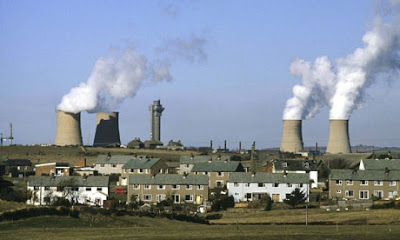 The Department of Energy is studying alternatives for disposing of plutonium in light of federal budget cuts that have derailed plans for new multi-billion-dollar facilities at the Savannah River Site in South Carolina.

The preferred plan under consideration calls for the shipment of 7.1 metric tons of so-called pits — or cores — of an undisclosed number of nuclear warheads now stored at the Pantex plant in West Texas to Los Alamos National Laboratory in New Mexico and the Savannah River Site for disarmament and processing into fuel for commercial nuclear reactors.

The plan also calls for another 6 tons of surplus plutonium to be
buried at the Waste Isolation Pilot Plant in Carlsbad, N.M. That
proposal has raised concerns about whether that waste would take up
space needed for disposing of thousands of barrels of low-level
radioactive waste that have been sitting for years above ground at a
Los Alamos dump.

Bring or take me back!
Parašė: Eugenijus Paliokas ties 09:00