How would Putin then react? Piontkovsky believes that NATO would balk at attacking Moscow over a small country remote from NATO's heartland and the hearts of its citizens. Piontkovsky imagines the course of action open to Nobel Peace Prize laureate Obama as he contemplates unleashing a planetary holocaust over a "damned little city no one has even heard of" while the American public cries out, "We don't want to die for fucking Narva, Mr. President!" Piontkovsky also cites a German public opinion poll asking what Berlin should do if Estonia enters an armed conflict with Russia: 70 percent would want their country to remain neutral.

Piontkovsky then tries to envision the situation in which Putin would find himself if NATO intervened to drive his little green men from Narva. Would Putin commit suicide by letting his missiles fly against the United States? No. Rather, he would respond with a limited nuclear strike against a couple of European capitals -- not London or Paris, but smaller ones, presumably in Eastern European countries that have only recently joined NATO. Warsaw, against which Russia has already conducted a drill simulating a Russian nuclear attack, first comes to mind. Or, say,Vilnius, Lithuania's capital.

The point is, Putin would bet on decision-makers in Washington, Berlin, London, and Paris not retaliating with nuclear weapons against Russia if it had "only" hit a city or two most Westerners have barely heardof -- and certainly do not want to die for. 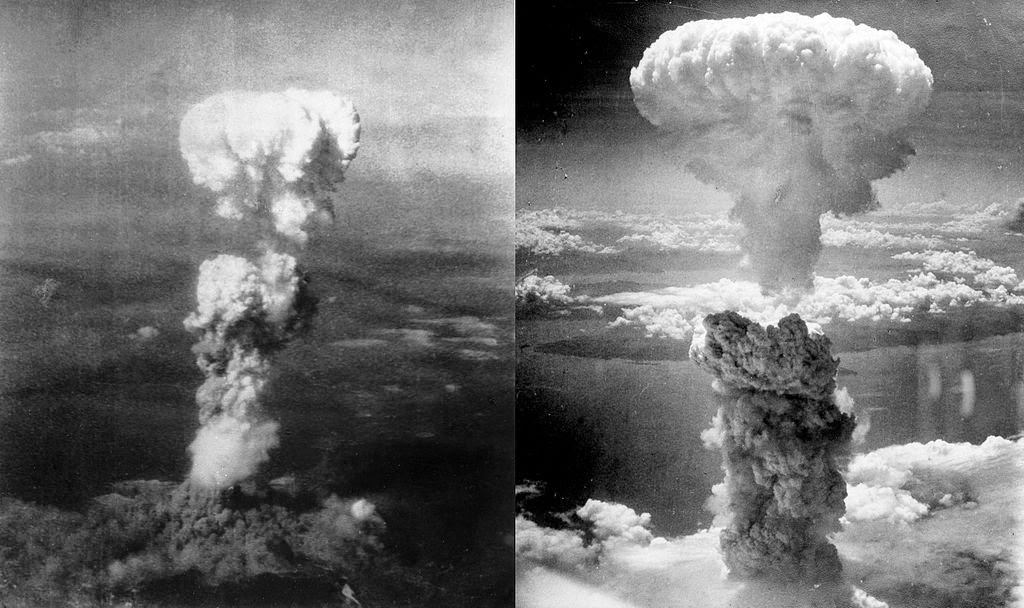 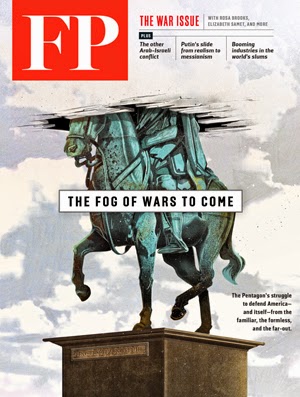 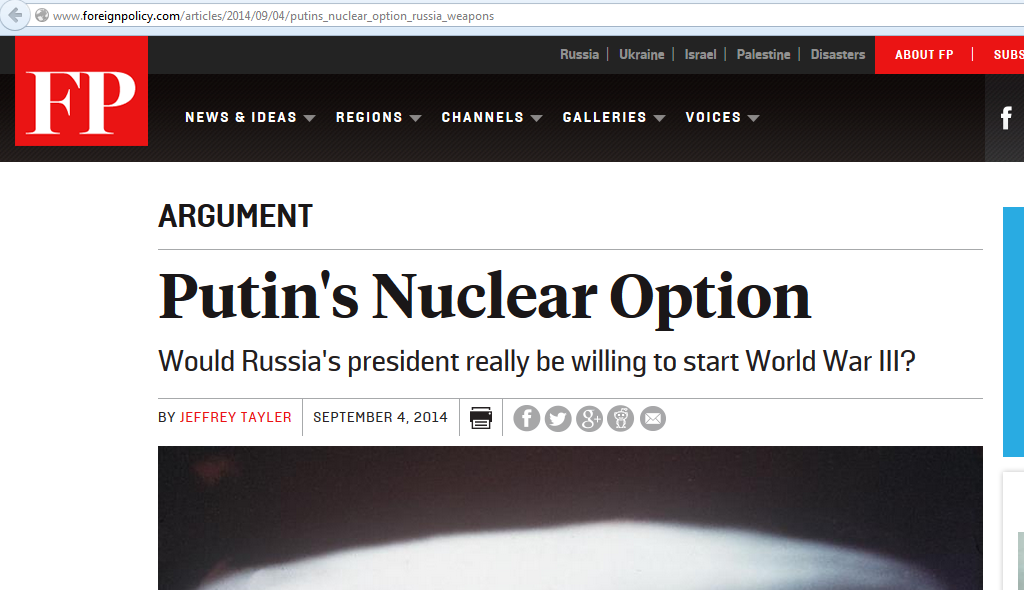 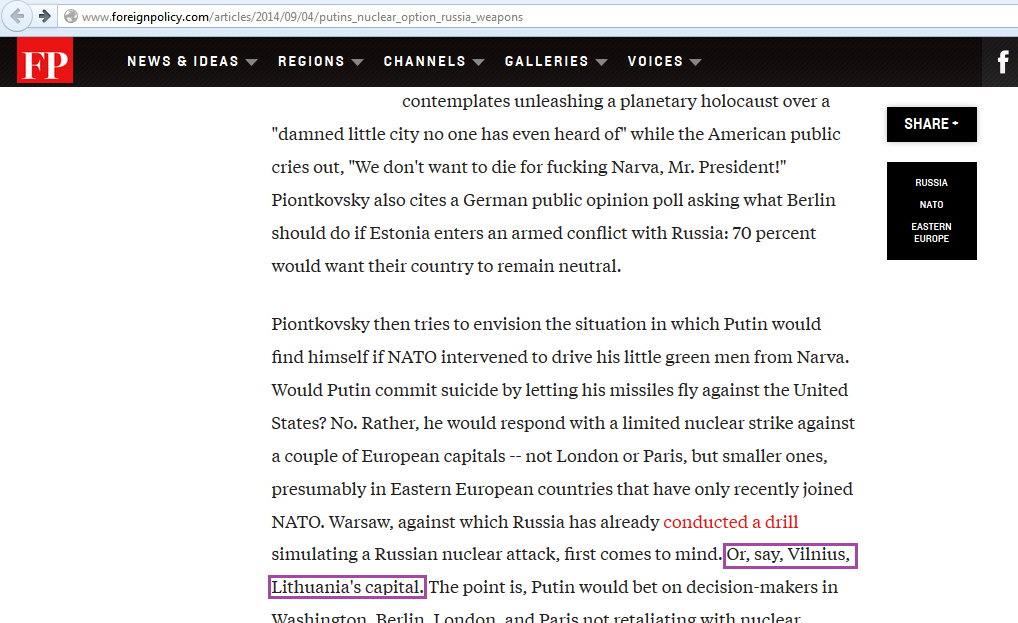 The outcome of Putin's putative gambit is that NATO effectively capitulates. The alliance's credibility as guarantor of security for its member states would be utterly destroyed, as would U.S. hegemony, which largely rests on the threat of using force. Putin would then be free to do what he wanted in Ukraine and anywhere else he perceived Russia's interests to be threatened. 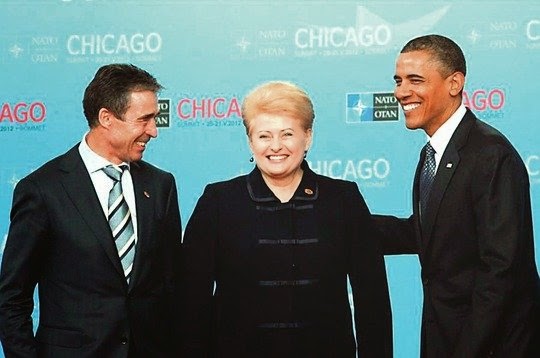