The origins of Judaism lie in the history of the Israelites during the Iron Age and Classical Antiquity.

The Rabbinic form of Judaism, known generally simply as Judaism developed during Late Antiquity, during the 3rd to 6th centuries CE.

The hypothesis of a Canaanite deity named Yahweh or Yahwi is accepted by some Ancient Near Eastern scholars, although no direct evidence from archeology has been found. The name Yahwi may possibly be found in some male Amorite names.

Yahweh notably came to be the "personal name" of the God of Israel in the religion of ancient Israel and Judah, and its Hebrew spelling YHWH ultimately the name of God in Judaism in Hellenistic era Second Temple Judaism.

The association of Yahweh with storm and fire is frequent in the Old Testament; the thunder is the voice of Yahweh, the lightning his arrows, the rainbow his bow.

Storm gods are conceived of as wielding thunder and lightning. They are typically male, and powerful and irascible rulers. Notable examples include the Indo-European deities derived from the Proto-Indo-European Dyeus, and the Ancient Near Eastern storm god, Tarhunt/Teshub/Hadad/Yahweh, the latter name becoming the proper name of the God of Israel in the Iron Age kingdom of Judah. 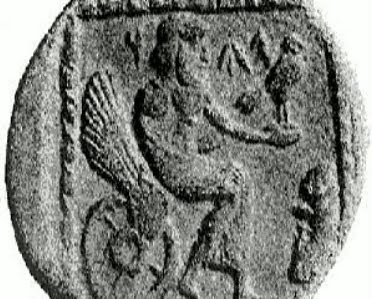 A "YHD drachm", a silver coin probably struck by the Persian administration in Jerusalem (4th century BCE). The coin shows a deity seated on a winged wheel, sometimes interpreted as a depiction of Yahweh (Yahu). The legend reads either YHD ("Judea") or YHW ("Yahu").

The Indo-European storm god is sometimes imagined as distinct from the ruling sky god. In these cases, he has names separate from the Dyeus etymon, either Perkwunos or Taran-.

"From The Rising Of The Sun To Its Setting, The Name Of YHWH Is To Be Praised!" Psalm 113:2

"Thus says YHWH the King of Israel and It's Redeemer YHWH of Hosts: I AM the FIRST and I AM the LAST; Besides Me there is no God." Isaiah 44:6 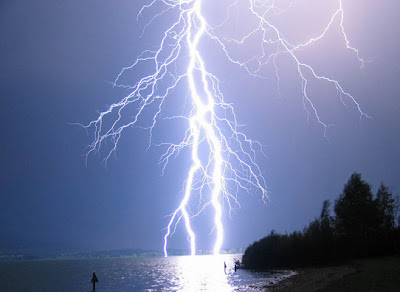 The name of an Indo-European god of thunder and/or the oak may be reconstructed as *perkwunos or *perkunos.

And without suffix -k-, from IE *perō(ṷ)nos "thunder, Thunderer", which possibly connect with *perūn(V) "mountain, rock":

Possibly Hittite Pirwa, "the god on a horse", which associated with a rock.

*perk(w)unos is reconstructed on the basis of Perkūnas.
Parašė: Eugenijus Paliokas ties 06:33