Leaders of political rivals Taiwan and China met on Saturday (7 November) for the first time in more than 60 years for talks that come amid rising anti-Beijing sentiment on the self-ruled democratic island, weeks ahead of elections there. 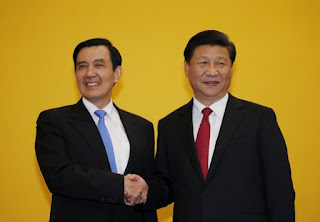