The Labour Party and "the African holocaust"

A senior Labour activist has been suspended from the party over alleged anti-Semitic comments on Facebook. 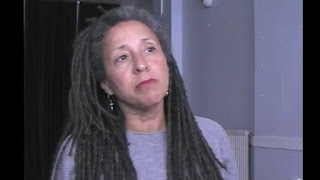 a vice chair in the Momentum movement, wrote about "the African holocaust*" and Jews as "chief financiers of the sugar and slave trade**".
The Labour Party said: "Jacqueline Walker has been suspended by the Labour Party today pending an investigation."
Ms Walker said she was of Jewish descent and an active anti-racist. 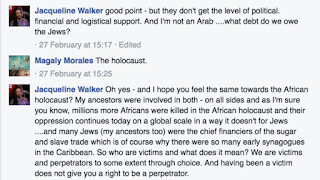 The Jewish Chronicle reported that it alerted Labour to her comments and said a new poll suggested support for Labour among British Jews had fallen to 8.5%.
Labour leader Jeremy Corbyn has set up an independent inquiry into accusations of anti-Semitism and racism in the party.

** This preference for slaves of Slavic origin – so strong as to make Slavs the slaves by anthonomasia – has been easily explained: in that period Slavic people were the only ones who were still pagan, and this detail is most important as it explains why, by choosing them, early medieval slave traders – mostly Venetian, Genoese and Jewish – did not violate the new principles of the “Societas christiana”, introduced by Pope Gregory the Great at the end of the 6th century, according to which baptized people must be excluded from slavery.