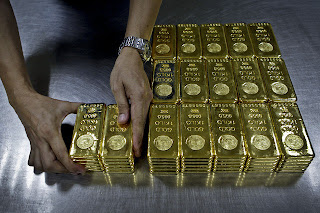 Some say that Germany is only demanding repatriation of its gold due to internal political pressures, and that no other countries will do so.

In the first instance, it could translate into pressures on other countries to also repatriate part of their gold holdings. After all, if you can safely store your gold at home — a big if for some countries — no government would wish to be seen as one of the last to outsource all of this activity to foreign central banks.

As we noted last November:

Romania has demanded for many years that Russia return its gold.


Last year, Venezuela demanded the return of 90 tons of gold from the Bank of England.


Ecuador’s government wants the nation’s banks to repatriate about one third of their foreign holdings to support national growth, the head of the country’s tax agency said.

Carlos Carrasco, director of the tax agency known as the SRI, said today that Ecuador’s lenders could repatriate about $1.7 billion and still fulfill obligations to international clients. Carrasco spoke at a congressional hearing in Quito on a government proposal to raise taxes on banks to finance cash subsidies to the South American nation’s poor.

Four members of the Swiss Parliament want Switzerland to reclaim its gold.


Some people in the Netherlands want their gold back as well.

(Forbes notes that Iran and Libya have recently repatriated their gold as well).

It’s not confidence-inspiring that CNBC’s senior editor John Carney argues that it doesn’t matter whether or not the U.S. has the physical gold it claims to hold.

In fact, many allege that the gold is gone:

Cheviot Asset Management’s Ned Naylor-Leyland says that the Fed and Bank of England will never return gold to its foreign owners.


Jim Willie says that the gold is gone.


***
Others allege that the gold has not been sold outright, but has been leased or encumbered, so that the U.S. does not own it outright.


If the Western central banks are indeed leasing out their physical reserves, they would not actually have to disclose the specific amounts of gold that leave their respective vaults. According to a document on the European Central Bank’s (ECB) website regarding the statistical treatment of the Eurosystem’s International Reserves, current reporting guidelines do not require central banks to differentiate between gold owned outright versus gold lent out or swapped with another party. The document states that, “reversible transactions in gold do not have any effect on the level of monetary gold regardless of the type of transaction (i.e. gold swaps, repos, deposits or loans), in line with the recommendations contained in the IMF guidelines.”6 (Emphasis theirs). Under current reporting guidelines, therefore, central banks are permitted to continue carrying the entry of physical gold on their balance sheet even if they’ve swapped it or lent it out entirely. You can see this in the way Western central banks refer to their gold reserves.

Indeed, it is now well-documented that the Fed has leased out a large chunk of its gold reserves, and that big banks borrow gold from central banks and then to multiple parties.

As such, it might not entirely surprising that the Fed needs 7 years to give Germany back its 300 tons of gold … even though the Fed claims to hold 6,720 tons at the New York Federal Reserve Bank alone:

China is quietly becoming a gold superpower, and China has long been rumored to be converting the Yuan to a gold-backed currency. 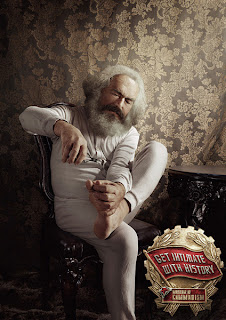 The gold is gone?