The site of Dura-Europos, a former city and walled fortification, was excavated largely in the 1920s and 1930s by French and American teams. Within the archaeological site, the house church is located by the 17th tower and preserved by the same defensive fill that saved the nearby Dura-Europos synagogue.

The Dura-Europos synagogue (or "Dura Europas", "Dura Europos" etc.) is an ancient synagogue uncovered at Dura-Europos, Syria, in 1932. The last phase of construction was dated by an Aramaic inscription to 244 CE, making it one of the oldest synagogues in the world. It is unique among the many ancient synagogues that have emerged from archaeological digs as it was preserved virtually intact, and it has extensive figurative wall-paintings. These frescoes are now displayed in the National Museum of Damascus. 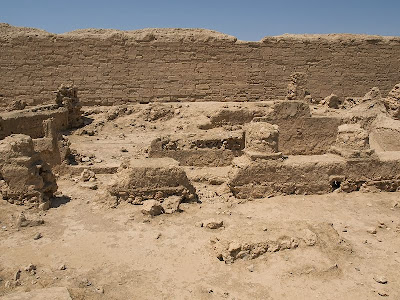 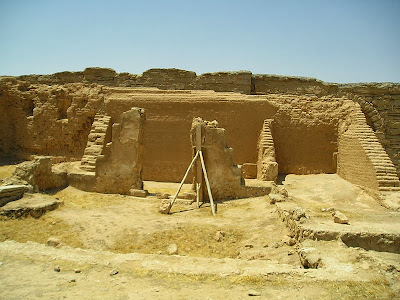 It is both less famous and smaller and less extensively decorated with wall-paintings than the nearby Dura Europos synagogue, though there are many other similarities between them.

Scenes from the Book of Esther from the Dura-Europos synagogue, 244 CE