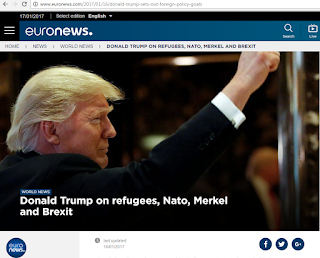 
“Brexit is going to be a great thing”, Germany’s Angela Merkel is Europe’s most important leader and the lifting of sanctions against Russia could happen.
These are the views of US President-elect Donald Trump who has been giving details of his foreign policy goals in an interview with British and German newspapers, The Times and Bild.
On the Brexit issue Trump said Britain was smart in getting out of the EU and that he’d work hard to get trade deal with the UK.
“I think Brexit’s going to end up being the great thing. And I predicted it – but the heat I took was unbelievable. And I said – it’s because people don’t wanna have other people coming in and destroying their country. I thought the UK was so smart in getting out.”
Trump’s own way to deal with immigration into the US is well known. He intends to build a wall on the US-Mexican border. In the interview he said uncontrolled immigration had been Chancellor Angela Merkel’s achilles heel.
“I have great respect for her (Merkel), I felt she was a great great leader. I think she made one very catastrophic mistake – and that was taking all of these illegals, taking all of the people wherever they come from – and nobody really knows where they come from.” 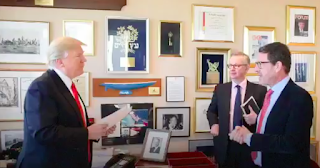 Michael Gove’s return to journalism is going well: he has landed the first British interview with Donald Trump, writing it…
blogs.spectator.co.uk

Trump’s negative attitude towards NATO has alarmed the US’s traditional allies, so his claims that the organisation is important to him will have been welcomed, even though he remains critical.
“And I said long time ago that NATO had problems and the one of them it was obsolete because it was designed many many years ago. And, number two, the countries weren’t paying what they were supposed to pay.” 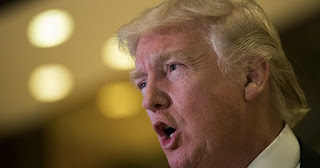 President-elect Donald Trump, in remarks published on Sunday, described NATO as "obsolete" and suggested a deal with Russia that would reduce nuclear arsenals and ease sanctions on Moscow.
france24.com

Throughout the interview Trump distanced himself from previous US foreign policy, in particular his future dealings with Moscow. His aim there is to end sanctions imposed on Russia over its annexation of Crimea, in return for nuclear arms reductions. 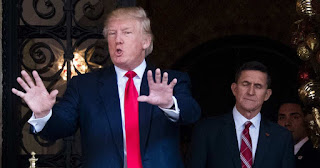 The president-elect remains glass-half-full on getting along with Putin, while the Senate Intelligence Committee launches a probe.
nymag.com