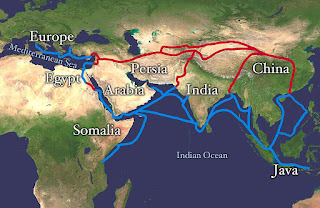 Silk Road was an online black market and the first modern darknet market, best known as a platform for selling illegal drugs. As part of the dark web,[7] it was operated as a Tor hidden service, such that online users were able to browse it anonymously and securely without potential traffic monitoring. The website was launched in February 2011; development had begun six months prior.[8][9] Initially there were a limited number of new seller accounts available; new sellers had to purchase an account in an auction. Later, a fixed fee was charged for each new seller account.[10][11]

In October 2013, the Federal Bureau of Investigation (FBI) shut down the website[12] and arrested Ross William Ulbricht under charges of being the site's pseudonymous founder "Dread Pirate Roberts".[3] On 6 November 2013, Silk Road 2.0 came online, run by former administrators of Silk Road.[13] It too was shut down and the alleged operator was arrested on 6 November 2014 as part of the so-called "Operation Onymous”.
Ulbricht was convicted of eight charges related to Silk Road in U.S. Federal Court in Manhattan and was sentenced to life in prison without possibility of parole.[14] Further charges alleging murder-for-hire remain pending in Maryland.[1][15][16]
"Manheteno ryte" 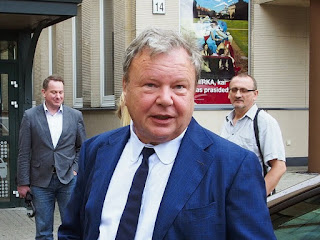 Donald Trump’s company pulled out of a proposed $250-million tower project in the Georgian Black Sea resort town of Batumi, the latest effort by the U.S. president-elect to defuse charges that his global businesses will cause conflicts of interest once he enters the White House.

The Trump Organization and its local partner in Georgia, the Silk Road Group, said in a joint e-mailed statement that they’ve decided “to formally end the development of Trump Tower, Batumi.” The project, a 47-story residential condominium, was announced in 2012* by Trump and then-Georgian President Mikheil Saakashvili. Silk Road said it will go ahead on its own with a luxury tower in the town, once dubbed the Monte Carlo of the Caucasus by Trump. 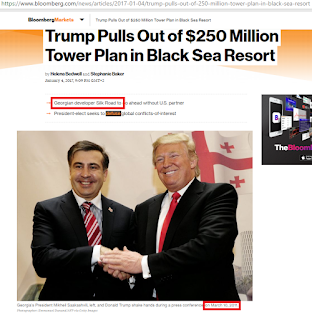 * On 2 October 2012, Saakashvili admitted his party's defeat in Georgia's parliamentary election against the Georgian Dream coalition led by the tycoon Bidzina Ivanishvili.[9] He was barred by the constitution of Georgia from seeking a third term in the 2013 presidential election, which was won by the Georgian Dream's candidate Giorgi Margvelashvili. Shortly after the election, Saakashvili left Georgia.[10] Saakashvili is wanted by Georgia's new government on multiple criminal charges, which he denies as politically motivated.[11]

A real-estate development company in the South Caucasus state of Georgia, a close US ally, has announced plans to proceed with a long-stalled Trump-Tower project; a claim that, if realized, could raise further sticky questions about the dividing line between business and government under a Trump administration.

Plans for a Trump Tower in the popular Black-Sea casino mecca of Batumi, a  town of about 130,000 people, have existed since 2010. The Trump name was expected to appear on both a 47-storey Batumi skyscraper complex and, eventually, a residence in the capital, Tbilisi.
But little or no word has been made about these grandiose plans since Donald Trump’s 2012 visit to Georgia to kick off the Batumi project.
Now, just over a week after Trump's election as US president, the Batumi skyscraper-to-be appears back on the table.
In a November 16 interview with the Georgian news agency Interpressnews, a senior executive at the Silk Road Group, the Trump Organization's original partner in the deal, stated that the company plans to proceed with the project.

“We have six years of stable relations with the Trump Organization. Together we are looking into the situation,” said Giorgi Marr, who oversees the Group's real-estate operations.
The nature of this partnership is unclear. In 2011, Trump's special counsel, Michael Cohen, told EurasiaNet.org that the two hold a licensing agreement, but neither the Silk Road Group nor he would elaborate about a closer association.
The actual price of the Batumi project – long assumed to be a stumbling block  – also has been open to speculation, with some initial estimates soaring into the hundreds of millions of dollars.
How the Silk Road will manage the financing this time around is unclear.
While tourism recently has surged in both Batumi and Tbilisi -- particularly among Russians, already established as regular Trump customers -- neither city could be called a top-tier real-estate market. Georgia's annual per-capita income stood at just $3,767 in 2015.
Parašė: Eugenijus Paliokas ties 12:00