London has moved ahead of New York to reclaim the number one position.

London climbed 12 points in the ratings to lead New York by eight points. The GFCI is on a scale of 1,000 points and we believe that a lead of fewer than 20 points indicates relative parity. London and New York are often as much complementary as competitive. It is noticeable that assessments for London have been higher since the general election in May 2015. 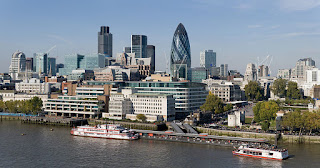 The Global Financial Centres Index is a ranking of the competitiveness of financial centres based on over 29,000 financial centre assessments from an online questionnaire together with over 100 indices from organisations such as the World Bank, the Organisation for Economic Co-operation and Development (OECD) and the Economist Intelligence Unit. It is compiled and published twice a year by Z/Yen Group and sponsored by the Qatar Financial Centre Authority. It is widely quoted as a source for ranking financial centres.[1][2][3][4]