A mathematical puzzle that resisted solution for 80 years — including computerized attempts to crack it — seems to have yielded to a single mathematician. 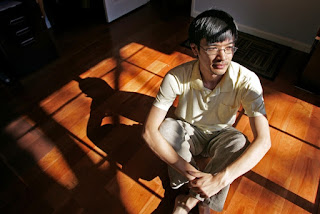 a mathematician at the University of California, Los Angeles, and a winner of the Fields Medal in 2006, submitted a paper1 to the arXiv preprint server on 17 September that claims to prove a number theory conjecture posed by mathematician Paul Erdős in the 1930s.

Tao’s proof comes after years of attempts to solve the problem by hand and computer. 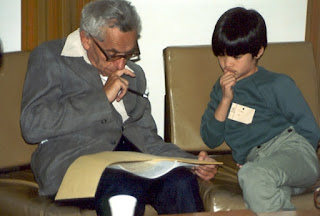 Paul Erdős and Terence Tao study maths at the University of Adelaide in Australia, in a photo taken when Tao was 10 years old.
Parašė: Eugenijus Paliokas ties 22:00