Pedagogy, or paedagogy is the art or science of being a teacher.

The word comes from the Ancient Greek παιδαγωγέω (paidagōgeō; from παίς país: child and άγω ágō: lead; literally, "to lead the child"). In Ancient Greece, παιδαγωγός (paidagogos) was (usually) a slave who supervised the education of his master’s son (girls were not publicly educated). This involved taking him to school (διδασκαλείον) or a gym (γυμνάσιον), looking after him and carrying his equipment (e.g. musical instruments).[3]


Interdisciplinary and linguistic evidence for Palaeolithic continuity of Indo-European, Uralic and Altaic populations in Eurasia, with an excursus on Slavic ethnogenesis
by Mario Alinei

Expanded version of a paper read at the Conference Ancient Settlers in Europe, Kobarid, 29-30 May 2003. – Forthcoming in “Quaderni di semantica”, 26.

7.3.5 The diagnostic value of the etymological semantic change from Slav to slave

... As is known, most western European words designating the notion of “slave” derive from the Latin word sclavus, originally meaning “Slavic”: not only English slave, but also German Sklave, Dutch slaaf, Danish slave, Swedish slaaf, Welsh slaf, Breton sklav, French esclave, Spanish esclavo, Portuguese escravo, Italian schiavo, Albanian skllaf, Modern Greek sklavos, etc. The word has also entered Spanish Arabic, where it has become saklabi or siklabi, plural sakaliba, with the meaning of “eunuch”. In Italy, Lat. sclavus has developed into schiavo in the dialect of Florence, which eventually has become standard Italian. But in Northern Italian dialects, in particular in the dialects of Veneto, through regular phonetic developments, sclavus ‘Slav’ as well as ‘slave’ has become first sciavo, then sciao, and finally ciao, the Italian informal greeting, now internationally known.

Interestingly, the same development, but completely independent of the Northern Italian one, took place in South Eastern Italian dialects, where schiau has the same origin and the same meaning as ciao. Notice that South Eastern Italy was also an area of very early Slavic influence, through importation of slaves (cp. Aebischer 1936, 487).

As to the semantic change from the notion of “slave” to a simple greeting, it can be easily explained by comparing the very similar development by which in certain parts of central Europe the word servus, originally meaning “servant”, has become a common greeting.

Why is all of this important for the traditional theory of the ethnogenesis of the Slavs? Because of the passage from the meaning of ‘Slav’ to the notion of ‘slave’, and its great historical significance. Let us see this in greater detail.

There is a whole collection of medieval sources, which would take too long to list, but which have been systematically studied by the three fundamental studies on the history of Lat. sclavus (Aebischer 1936, Verlinden 1943, 1955), which shows that the earliest attestations of the word sclavus date back to the Early Middle Ages: precisely when the Slavs, in the traditional scenario, should undertake their ‘great migration’ (In other words, when Avars in 567 brought a great number of slave Slavs to Pannonia. Possible start of association Slav=slave. Start of Slavic settlements in Pannonia, recorded in Slavic annals as "When Slavs were sitting by Danube". Slavs start slowly extending their settlements in Pannonia and out of Pannonia. Wolfram 1987,70.-Translator's note).

Indeed we find the meaning ‘slave’ associated to the word sklavos sklavus generally used in Byzantine Greek and Late Latin documents of the 10th century of our era, and most philologists and historians who have discussed the problem are inclined to read “slave” instead of “Slav” in many earlier attestations. Still earlier, the first attestations of the word in the sense of “Slavic” can also be found in Greek, in the 6th century of our era. According to Vasmer himself, for example, the attestation of sclavos in Agathias (6th century) already has the meaning of “slave” (Aebischer 1936, 485).

How do scholars explain the semantic development from “Slavic” to “slave”? All historical sources irrefutably show that the Slavic area was the main reservoir of slaves in the whole period of Early Middle Ages, beginning probably in the 6th century, and with a peak around the 10th. This preference for slaves of Slavic origin – so strong as to make Slavs the slaves by anthonomasia – has been easily explained: in that period Slavic people were the only ones who were still pagan, and this detail is most important as it explains why, by choosing them, early medieval slave traders – mostly Venetian, Genoese and Jewish – did not violate the new principles of the “Societas christiana”, introduced by Pope Gregory the Great at the end of the 6th century, according to which baptized people must be excluded from slavery. So we obtain a safe dating for the word sclavus, in the sense of “slave”, which will be approximately the period between the sixth and tenth centuries.

Hebrew term used as a title for those who are distinguished for learning, who are the authoritative teachers of the Law, and who are the appointed spiritual heads of the community. It is derived from the noun

The word rabbi derives from the Hebrew root word רַב, rav, which in biblical Hebrew means ‘great’, used in many senses, including the sense of a ‘master’ and apprentice, whence someone who is a distinguished ‘teacher’. Sephardic and Yemenite Jews pronounce this word רִבִּי ribbī; the modern Israeli pronunciation רַבִּי rabbī is derived from a recent (18th century) innovation in Ashkenazic prayer books, although this vocalization is also found in some ancient sources. Other varieties of pronunciation are rəvī, rubbī,[citation needed] and, in Yiddish, rebbə.

The rabbi is not an occupation found in the Torah (i.e. the Pentateuch) as such; the first time this word is mentioned is in the Mishnah (most commonly thought to be codified around 200 C.E, that codification often attributed to Rabbi Judah Hanasi). The basic form of the rabbi developed in the Pharisaic and Talmudic era.

The more ancient generations had no such titles as Rabban, Ribbi, or Rab, for either the Babylonian sages or the sages in Israel. 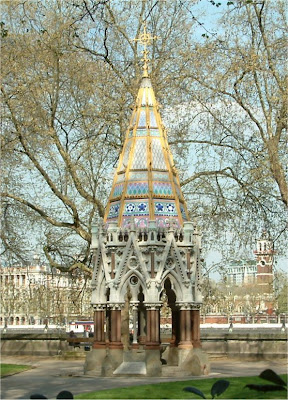