Israel is widely suspected to possess nuclear weapons and to be the sixth country in the world to have developed them, having built its first nuclear weapon in December 1966.

Moscow, March 31, Interfax - President of the Conference of European Rabbis, Moscow's Chief Rabbi Pinchas Goldschmidt will meet with Pope Francis in Rome on April 20, the rabbi's press service told Interfax-Religion."An era of constructive dialogue between the Vatican and Europe has arrived. We are allies today and we deeply respect Pope Francis as a person who has played an enormous role in promoting the development of inter-faith dialogue and in establishing peaceful relations between nations and religions," Goldschmidt said, according to his press service."We hope that jointly we will ward off the danger of Islamic radicalism threatening Europe. We are also deeply concerned about the fate of European Jews, many of whom are leaving their homes under this threat," the rabbi said.The talks will also deal with the role the world religions are playing in establishing diplomatic and cultural dialogue between Russia and Europe.The Conference of European Rabbis, led by Goldschmidt, unites Jewish communities and their leaders from 40 European states.

The talks will also deal with the role the world religions are playing...

The March of the Living (Hebrew: מצעד החיים) is an annual educational program which brings students from around the world to Poland, where they explore the remnants of the Holocaust.

The program was established in 1988 and takes place annually for two weeks around April and May, immediately following Passover. Marchers come from countries as diverse as Estonia, New Zealand, Panama, and Turkey.

The climax of the program is the March, which is designed to contrast with the death marches which occurred towards the end of World War II. When Nazi Germany withdrew its soldiers from forced-labour camps, inmates – usually already starving and stricken by oppressive work – were forced to march hundreds of miles further west, while those who lagged behind or fell were shot. The March of the Living, in contrast to the death marches, serves to illustrate the continued existence of world Jewry despite Nazi Germany's attempts at their obliteration.

After spending a week in Poland visiting other sites of Nazi Germany's persecution and former sites of Jewish life and culture, many of the participants in the March also travel on to Israel where they observe Yom Hazikaron (Israel's Remembrance Day) and celebrate  Yom Haatzmaut (Israel's Independence Day).

Greece would struggle to find creditors outside the EU and IMF, German finance minister Wolfgang Schaeuble has said.
He said it would be welcome to try to find investment from Beijing or Moscow, but may have difficulties, he said.
His warning came after fears of a Greek debt default saw its borrowing costs jump 3.5 percentage points to 27%.*
Greek Finance Minister Yanis Varoufakis said his government refuses to consider leaving the EU: "Toying with Grexit... is profoundly anti-European."
He also promised to "compromise, compromise, compromise without being compromised" to satisfy current creditors.
Both men were speaking at talks in Washington.
On Wednesday, ratings agency S&P downgraded Greece's credit rating.
Yields also rose on longer-term Greek borrowing, with the 10-year bond yield - the amount investors demand for lending - rising one percentage point to 13%.
Mr Schaeuble said that the Greek government needs to find creditors.
"The Europeans have said, OK, we are ready to do it [lend money] until 2020... If you find someone else, whether it's in Beijing, in Moscow, in Washington DC, or in New York who will lend you money, ok, fine, we would be happy. But it's difficult to find someone who is lending you in this situation amounts [of] €200bn."
He added that Greece must focus on increasing its competitiveness and primary surplus.
Mr Schaeuble was speaking at an event in Washington after Greek government's borrowing costs surged on Thursday.
The Financial Times had earlier reported that Greece had made an "informal approach" to the International Monetary Fund to have its bailout repayments delayed, but had been rebuffed.
But the head of the International Monetary Fund (IMF), Christine Lagarde, said at the World Bank spring meeting in Washington: "We have never had an advanced economy asking for payment delays.
"Payment delays are analysed as additional financing granted to that country. Additional financing means additional contribution by the international community - some of which are in much direr situations than the country eventually seeking those delays.
"Payment delays had not been granted by the board of the IMF in the last 30 years and it was eventually granted to a couple of developing countries and that delay was not followed by very productive results.
"It's clearly not a course of action that would actually fit or be recommendable in the current situation."
Greece owes the IMF some €1bn (£720m, $1.06bn) in repayments next month. 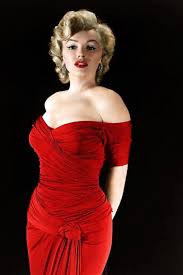 Norfolk, Virginia| A 78-year old retired officer of the CIA, Normand Hodges, has made a series of astonishing confessions since he was admitted at the Sentara General Hospital on Monday. He claims he committed 37 assassinations for the American government between 1959 and 1972, including the actress and model, Marilyn Monroe.

Trained as both a sniper and a martial arts expert, Mr Hodges says he also has significant experience with more unconventional methods of inflicting harm upon others, like poisons and explosives.

Mr. Hodges says that Marilyn Monroe remains unique among his victims, as she is the only woman he ever assassinated. He claims he has no regrets, however, as he says that she had become a “threat for the security of the country” and had to be eliminated.

“We had evidence that Marilyn Monroe had not only slept with Kennedy, but also with Fidel Castro” claims M. Hodges. ” My commanding officer, Jimmy Hayworth, told me that she had to die, and that it had to look like a suicide or an overdose. I had never killed a woman before, but I obeyed orders… I did it for America! She could have transmitted strategic information to the communists, and we couldn’t allow that! She had to die! I just did what I had to do!”

Marilyn Monroe died between midnight and 1 AM, on August 5, 1962. Mr Hodges claims he entered her room while she was sleeping and injected her with a massive dose of chloral hydrate (a powerful sedative), mixed with Nembutal (a short-acting barbiturate), causing her death.

Our News Team is composed of award winning christian, muslim and jewish journalists, retired Mossad agents and veterans of the Israeli Armed Forces.

We are based in Tel Aviv since 1988 where are published more then 200,000 copies of our Daily Report paper edition everyday.
Parašė: Eugenijus Paliokas ties 12:00 Komentarų nėra:

The use of the hexagram in a Jewish context as a possibly meaningful symbol may occur as early as the 11th century, in the decoration of the carpet page of the famous Tanakh manuscript, the Leningrad Codex dated 1008. 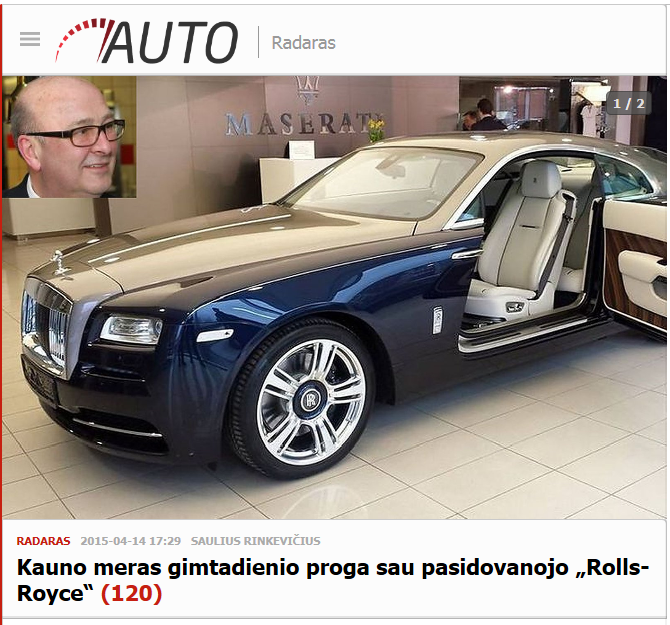 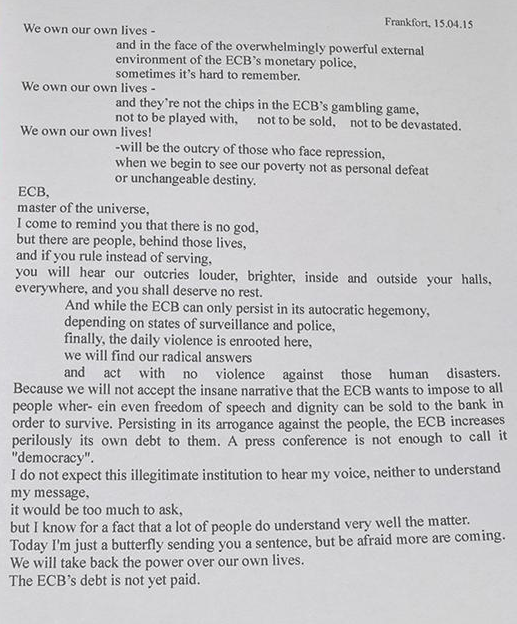 Time Person of the Year

Person of the Year (called Man of the Year until 1999) is an annual issue of the United States news magazine Time that features and profiles a person, group, idea or object that "for better or for worse...has done the most to influence the events of the year"

Vladimir Putin is the most influential person in the world, Time readers say. 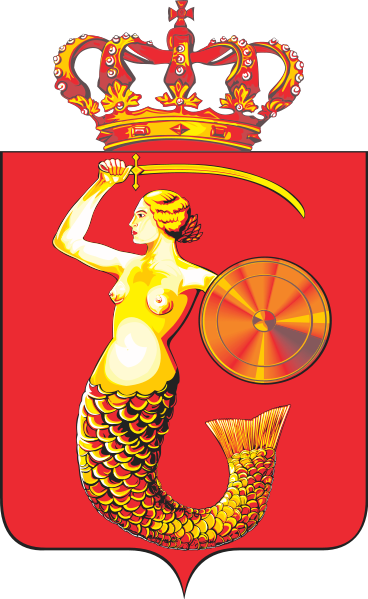 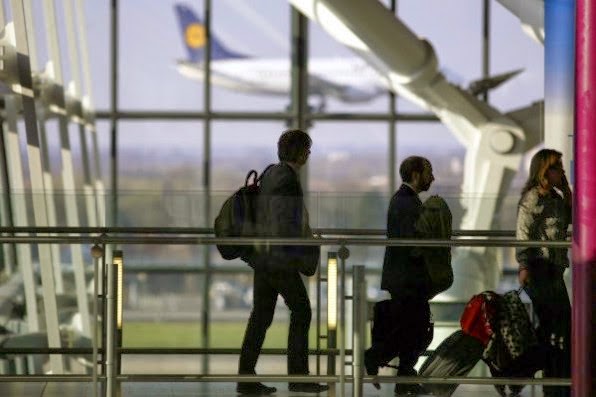 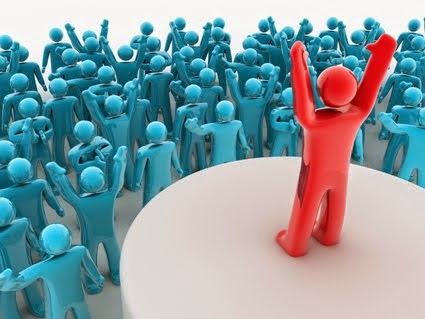 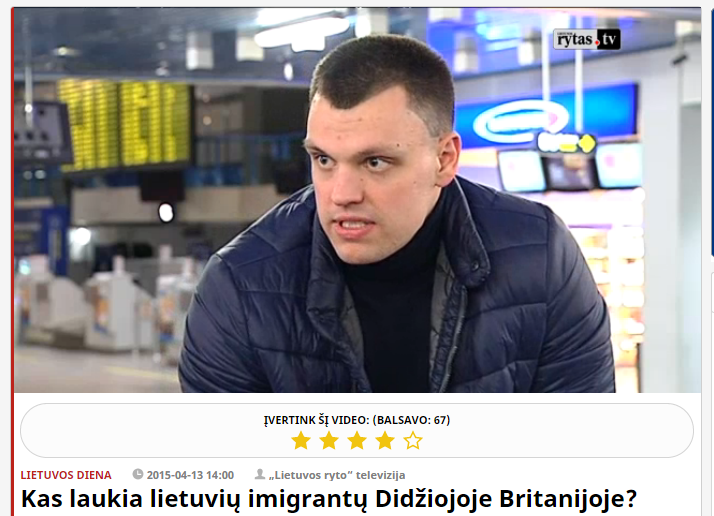 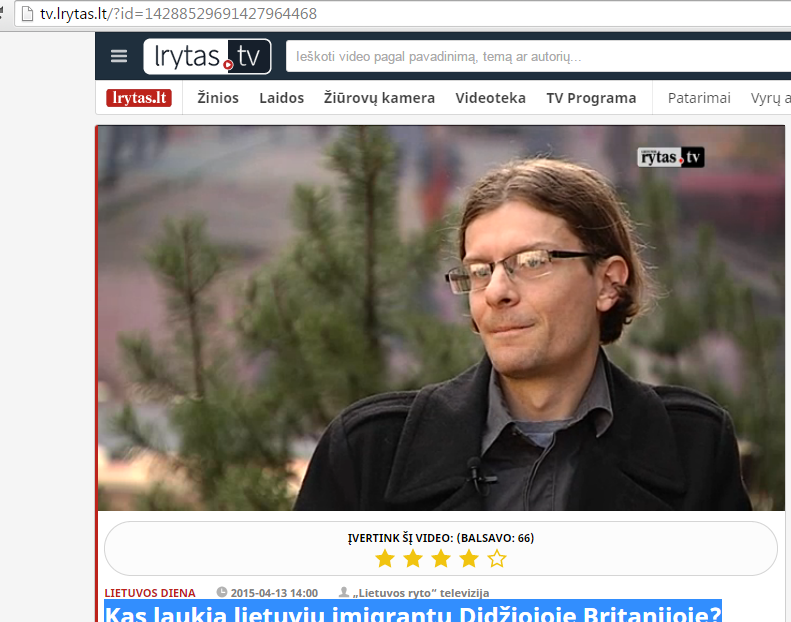 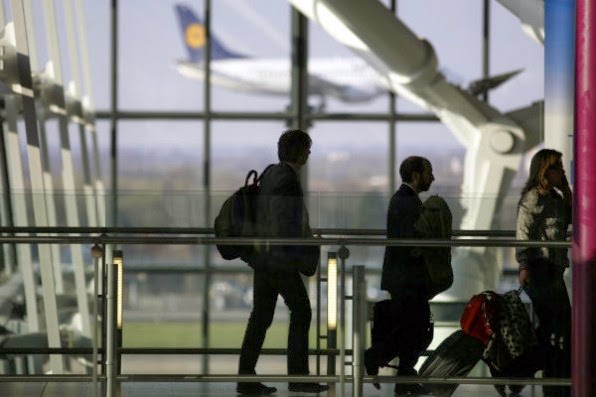 
The European Union commissioners have announced that agreement has been reached to adopt English as the preferred language for European communications, rather than German, which was the other option. As part of the negotiations, Her Majesty's Government conceded that English spelling had some room for improvement and has accepted a five-year phased plan for what will be known as EuroEnglish (Euro for short).
In the first year, "s" will be used instead of soft "c". Sertainly, sivil servants will resieve this news with joy. Also, the hard "c" will be replaced with "k". Not only will this klear up any konfusion, but typewriters  have one less letter.

There will be growing publik enthusiasm in the sekond year, when the troublesome "ph" will be replased by "f". This will make words like "fotograf" 20 per sent shorter.

In the third year, publik akseptanse of the new spelling  be expekted to reach the stage where more komplikated changes are possible. Governments will enkorage the removal of double letters, which have always ben a deterent to akurate speling. Also, al wil agre that the horible mes of silent "e"s in the languag is disgrasful, and they would go.

By the fourth year, peopl wil be reseptive to steps such as replasing "th" by "z" and "w" by "v". 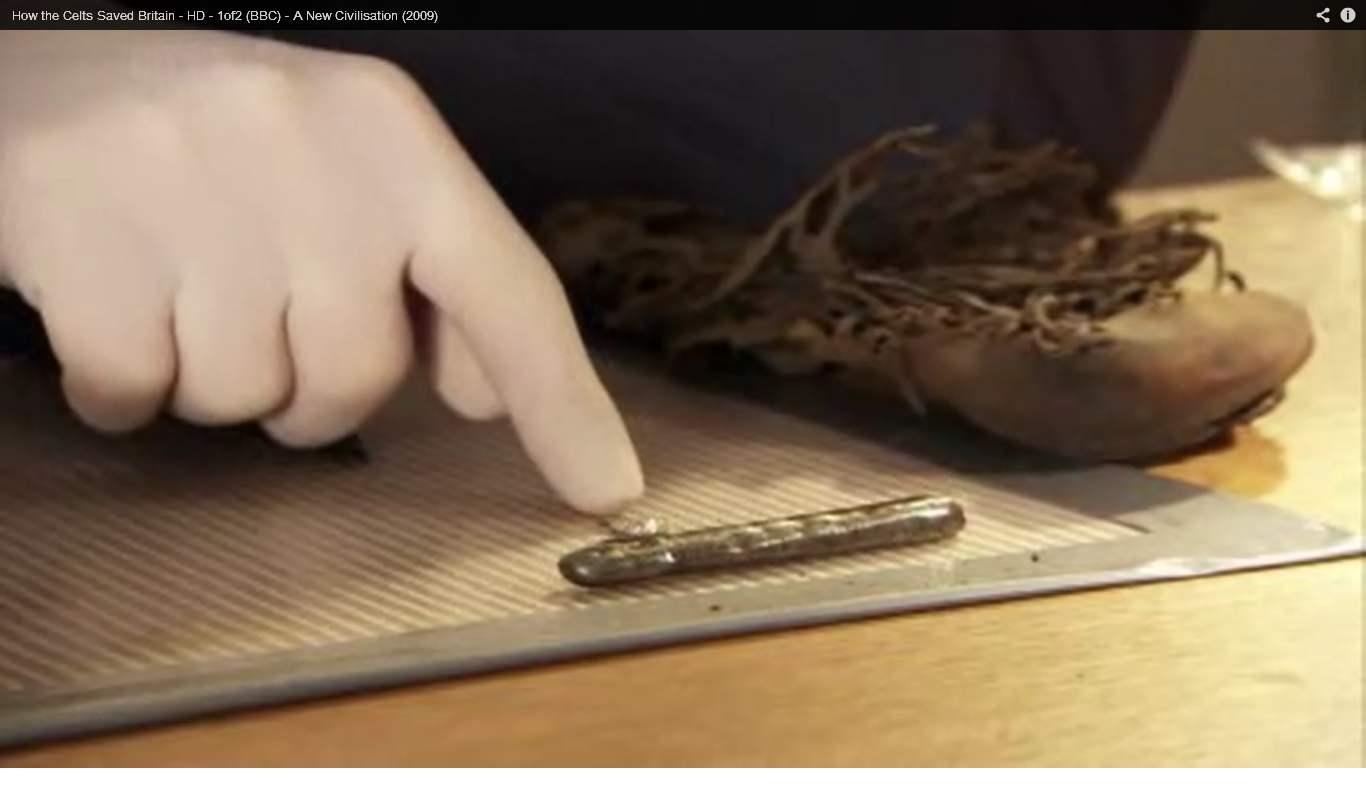 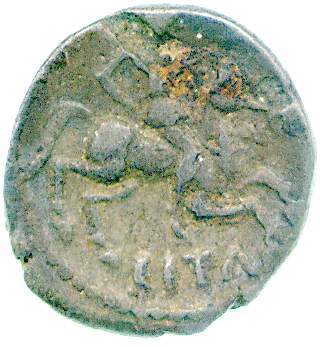 Shareholders in the biggest US companies stand to receive a record $1tn in cash this year, as blue chips’ concerns over the global economic outlook have diverted cash away from investment and is driving a boom in buybacks and dividends. 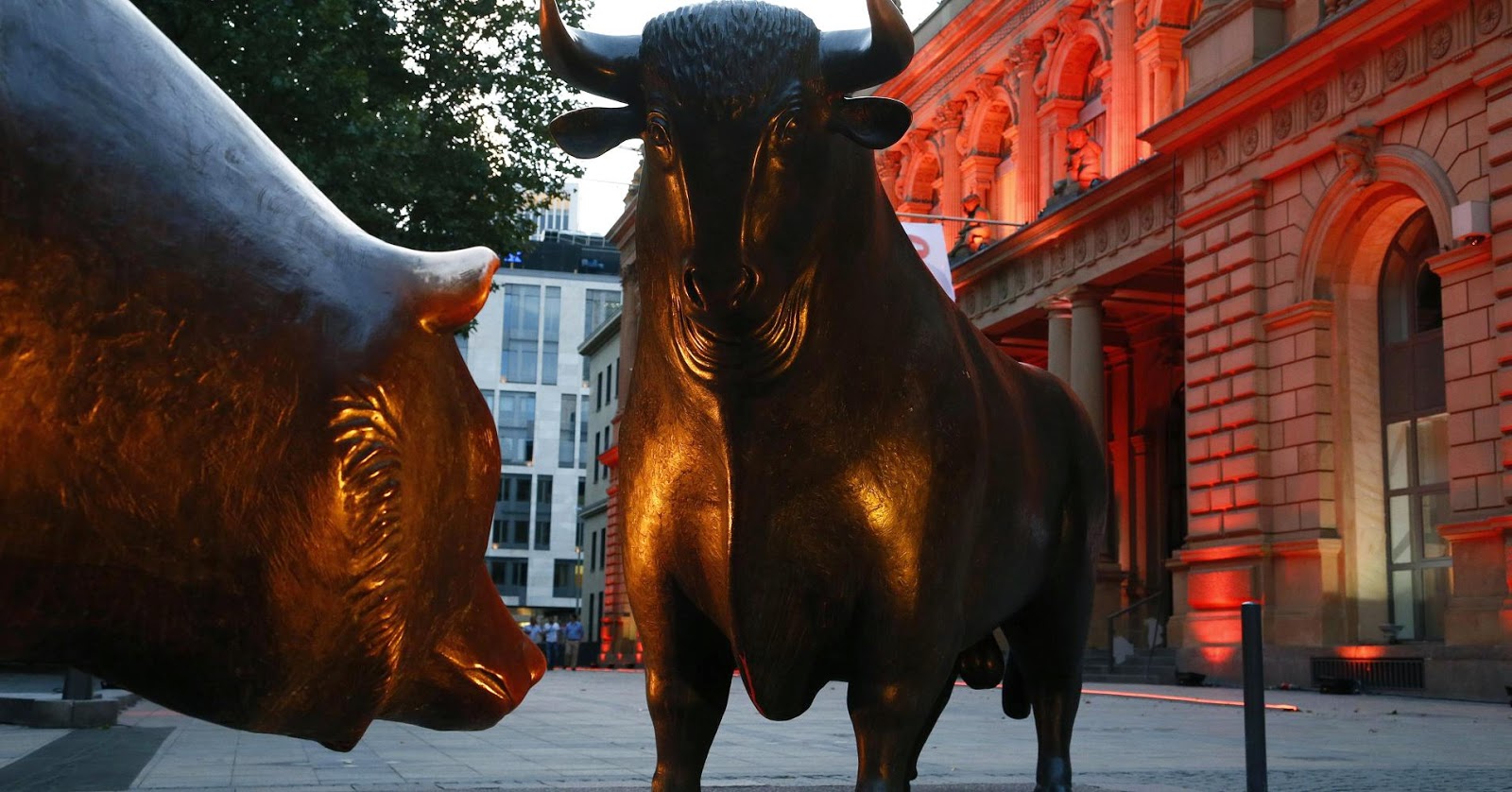 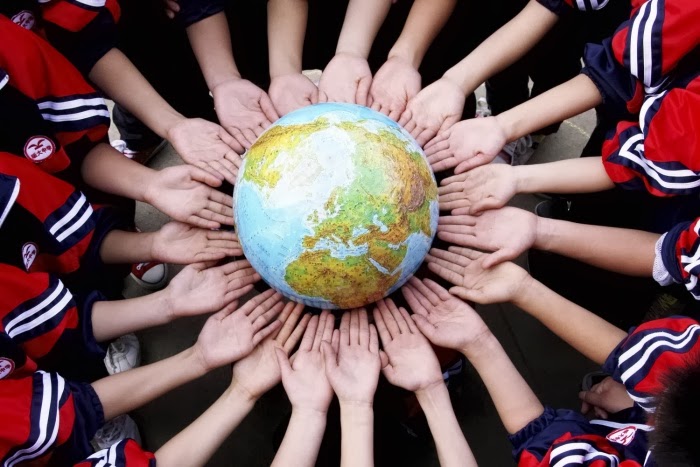 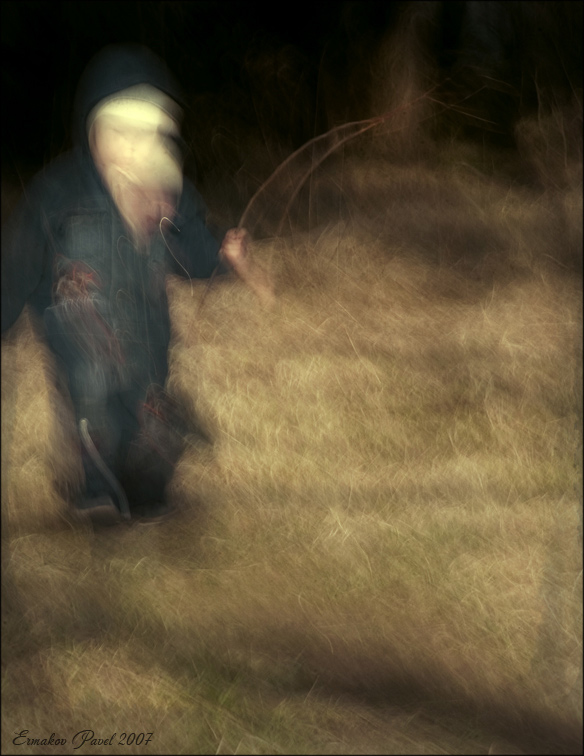