organ
O.E. organe, and O.Fr. orgene (12c.), both meaning "musical instrument," both from L. organa, pl. of organum, from Gk. organon "implement, musical instrument, organ of the body," lit. "that with which one works," from PIE *werg-ano-, from base *werg- "to do," related to Gk. ergon "work" and O.E. weorc (see urge (v.)). Applied vaguely in late O.E. to musical instruments; sense narrowed by late 14c. to the modern musical instrument known by that name (involving pipes supplied with wind by a bellows and worked by means of keys), though Augustine (c.400) knew this as a specific sense of L. organa. The meaning "body part adapted to a certain function" is attested from late 14c. Organist is first recorded 1590s; organ-grinder is attested from 1806. 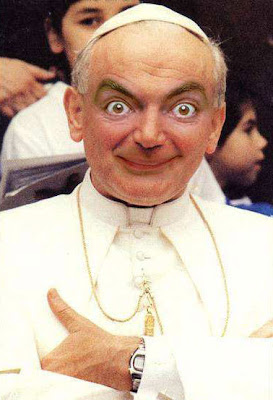 robot
1923, from English translation of 1920 play "R.U.R." ("Rossum's Universal Robots"), by Karel Capek (1890-1938), from Czech robotnik "slave," from robota "forced labor, drudgery," from robotiti "to work, drudge," from an Old Czech source akin to Old Church Slavonic rabota "servitude," from rabu "slave" (see orphan), from a Slavic stem related to Ger. Arbeit "work" (O.H.G. arabeit). According to Rawson the word was popularized by Karel Capek's play, "but was coined by his brother Josef (the two often collaborated), who used it initially in a short story."

Something wrong with Mr Bean. 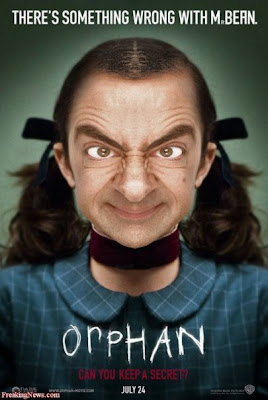 Can you keep a secret?

Can you?
Parašė: Eugenijus Paliokas ties 15:51