The Chinese definition of renminbi is "people's currency". There have been several series of renminbi issued since the 1950s, each of which has its own banknotes and coins; exchanges between different series was allowed at specified exchange rates.

The fourth series of renminbi is still legal tender today, with the prior series having been phased out. It is not a free-floating currency system; it is managed (by the PRC) through a floating exchange rate. Previously, it was pegged directly to the U.S. dollar.

The renminbi (and its management by the People's Bank) figures to play an important role in the global economy during the 21st Century, as China is the most populous nation in the world and is just beginning to solidify its economic infrastructure.

The renminbi (or yuan) is made up of 10 jiao and 100 fen and is often either abbreviated as RMB, or presented with the symbol ¥. 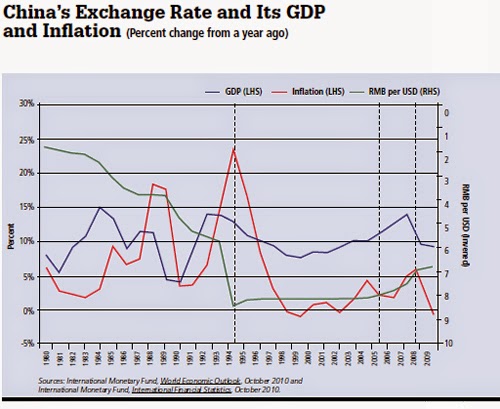 The Japanese yen (円 or 圓 en symbol: ¥; code: JPY) is the official currency of Japan. It is the third most traded currency in the foreign exchange market after the United States dollar and the euro. It is also widely used as a reserve currency after the U.S. dollar, the euro, and the pound sterling.

No true exchange rate existed for the yen between December 7, 1941 and April 25, 1949; wartime inflation reduced the yen to a fraction of its pre-war value. After a period of instability, on April 25, 1949 the U.S. occupation government fixed the value of the yen at ¥360 per US$1 through a United States plan, which was part of the Bretton Woods System, to stabilize prices in the Japanese economy. 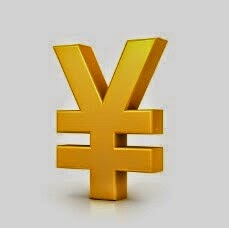 Under Chinese Pinyin IMEs such as those from Microsoft or Sogou.com, typing "$" displays the double-width character "￥", which is different from single-width "¥" used in Japanese IMEs. 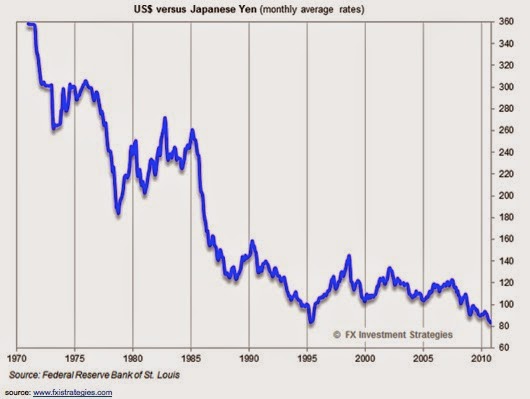