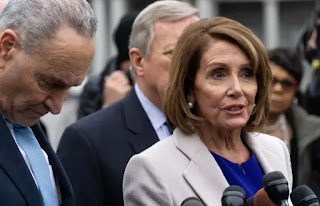 Mentions of a "digital dollar" in a coronavirus-related relief bill before the U.S. House of Representatives – one of the two chambers of Congress – have been scrubbed.

House Democrats' latest version of the "Take Responsibility for Workers and Families Act," revealed late Monday, does not contain any language around a "digital dollar" in its section on direct stimulus payments.

The lawmakers introduced the bill last week, envisioning a digital payment system* organized by the Federal Reserve and its member banks to directly send these funds to U.S. residents to assist them with expenses during the COVID-19 mitigation measures, which have already resulted in massive unemployment and a potentially severe recession.

The section detailing the payments, which starts on page 1,090, appears to be less specific on how these payments would be sent to individuals than previous versions have been.

While the draft bill introduced by Speaker of the House Nancy Pelosi (D-Calif.) on Monday no longer includes any language around a digital dollar, a separate bill introduced by Rep. Maxine Waters (D-Calif.), titled the "Financial Protections and Assistance for America’s Consumers, States, Businesses, and Vulnerable Populations Act," still mentions the digital dollar.

The language is expected to be removed from that bill as well, according to a source familiar with the matter.
US Senate Floats ‘Digital Dollar’ Bill After House Scrubs Term From Coronavirus Relief Plan
Mar 24, 2020 at 15:59 UTC
Updated Mar 24, 2020 at 16:28 UTC 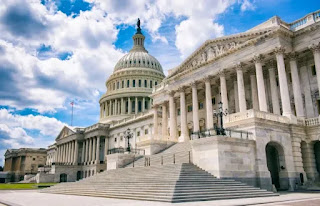 A draft bill posted Tuesday to the U.S. Senate Committee on Banking, Housing and Urban Affairs defines a "digital dollar" and details how it might be maintained. The bill echoes language from a pair of draft U.S. House bills aimed at stimulating the economy during the coronavirus outbreak.

The bill, introduced by Ranking Member Sen. Sherrod Brown (D-Ohio), is not proposing a crypto dollar but a digitized version of the existing dollar, a process advocates including former Commodity Futures Trading Commission (CFTC) Chairman Chris Giancarlo have called for to maintain U.S. financial hegemony.

According to the draft, the digital dollar will be “dollar balances consisting of digital ledger entries recorded as liabilities in the accounts of any Federal Reserve bank.”

The bill even notes that such wallets should be branded as “FedAccounts.”

Like a pair of draft bills in the U.S. House of Representatives, the proposed digital dollar would be operated and maintained by the Federal Reserve (the U.S. central bank). The Fed would be responsible for maintaining the digital wallets to support the funds, on behalf of individuals.

Federal Reserve member banks could create a “pass-through digital dollar wallet,” which would hold a person’s share of a pooled reserve balance that the member bank maintains at any Fed bank.

“Each member bank shall establish and maintain a separate legal entity for the exclusive purpose of holding all assets and maintaining all liabilities associated with pass-through digital wallets,” the bill states.

States might also designate some non-member banks to offer these wallets.

The House draft bills mentioned a digital dollar as one potential method for distributing relief funds to U.S. residents during the ongoing coronavirus outbreak. Unemployment numbers have spiked as social distancing and “shelter-in-place” orders have cut sharply into retail revenues.

However, the Senate version appears to exist independently of any such relief.

UPDATE (March 24, 14:20 UTC): A new version of the "Take Responsibility for Workers and Families Act," shared late Monday, does not include the "digital dollar" section.

Proposed legislation meant to shore up the U.S. economy during the coronavirus pandemic includes a recommendation to create a digital dollar. 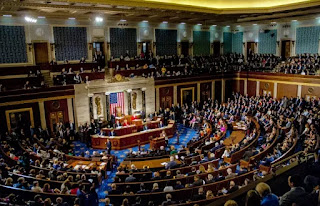 This virtual greenback would help individuals and families survive the shutdown of businesses and series of “shelter-in-place” orders which resulted in skyrocketing unemployment claims and a potential severe recession.
Under the draft bills shared last week, dubbed the “Take Responsibility for Workers and Families Act” and the “Financial Protections and Assistance for America’s Consumers, States, Businesses, and Vulnerable Populations Act,” the Federal Reserve – the nation's central bank – could use a “digital dollar” and digital wallets to send payments to “qualified individuals,” consisting of $1,000 for minors and $2,000 to legal adults.
Both bills employ identical language around the digital dollar suggestion.
“The term ‘digital dollar’ shall mean a balance expressed as a dollar value consisting of digital ledger entries that are recorded as liabilities in the accounts of any Federal Reserve bank; or an electronic unit of value, redeemable by an eligible financial institution (as determined by the Board of Governors of the Federal Reserve System),” the bills read.
The Fed would likewise be in charge of the digital wallets, maintaining them for recipients.
Neither bill indicates that the program would use a decentralized ledger or any sort of cryptocurrency project. However, digitizing the dollar in general is seen by many influential figures as a necessity for the U.S., with former Commodity Futures Trading Commission J. Christopher Giancarlo and economist Judy Shelton – who U.S. President Donald Trump has nominated to the Fed board – both claiming the nation may lose its financial hegemony if it fails to do so.
Fed member banks can also maintain something called a “pass-through digital dollar wallet,” according to the draft bills, and recipients would receive “a pro rata share of a pooled reserve balance” held by the member.
The bill follows Representative Rashida Tlaib's (D-Mich.) unveiling of the “Automatic BOOST to Communities Act,” which would provide any individual in the nation a pre-loaded debit card. The card would initially hold $2,000 and be given an additional $1,000 until one year after the COVID-19 pandemic is contained.
Under Tlaib’s bill, the U.S. Mint would issue two $1 trillion platinum coins, which the Fed would purchase using credit.
“The Treasury Secretary would ‘sweep’ the newly created reserve funds from the Mint’s account to the regular Treasury General Account,” the bill reads. These funds would then be disbursed to U.S. residents through the program.
“In the long term, the card infrastructure should be converted into a permanent, Treasury-administered digital public currency wallet system, to serve as a privacy-respecting ‘eCash’ complement to universal Fed Accounts and/or Postal Bank Accounts for All,” the bill reads.
The Democratic bills come as the Republican-led Senate remains in limbo over its own bill to stimulate the economy. Democrats have now blocked the Republican spending bill twice, arguing a $500 billion program grants the Treasury Department too much discretion and little transparency over how the funds would be disbursed to corporations.
The U.S. stock market closed lower again Monday, with the Dow down nearly 600 points. According to The Street, the Dow is on track to see its worst month since 1931.
Daniel Nelson contributed reporting.